Why Don’t We Wiki
Register
Don't have an account?
Sign In
Advertisement
in: Corbyn Besson, Musicians, People,
and 3 more

Corbyn Matthew Besson (born November 25, 1998) is an American singer-songwriter and 1/5 of the band Why Don't We. He received his first guitar when he was 12 years old and quickly developed a passion for music from that moment on.

Corbyn Matthew Besson was born in Dallas, Texas, to Saskia and Ray Besson. He has two younger siblings named Jordan and Ashley. Due to his father working in the military in the Air Force, Besson and his family moved around a lot. There were several places before they settled in Dallas, Texas. He attended Centreville High School.[1] As a toddler, he sang the Backstreet Boys and Michael Jackson. He was given a lot of freedom growing up, and was allowed to climb roofs, and ride his bike alone around the neighborhood.[2]

When he was twelve, he got his first electric guitar as a gift and taught himself to play. He also did sports and was interested in video games, art, and graphic design. Music was not part of his plan yet, but eventually he begun to sing through Xbox in voice chat, the anonymity making him feel safer. As he received positive feedback and response, it boosted his confidence, and he started to post short covers to his Instagram.[2] He posted his first singing video to Instagram when he was 14 years old.[3]

After a classmate suggested he should use the broadcasting site YouNow, he gained a following, and earned money. Some time after when his parents discovered his interests, his father was home and invited him to go to Williamsburg, Virginia, and bring along his guitar. He was taken to an open mic karaoke at a coffee shop and performed in front of "less than twenty people". After the experience, he became focused as a solo musician and had an official website, creating his own brand and releasing merchandise.[2] He released his first solo single "The Only One" on December 17, 2014. His next single, "Marathons", was released in 2015.

In his sophomore year he got signed to go on the Impact tour with other social media stars, which included his future band mates Jack Avery and Zach Herron. He later did another tour, where he met Jonah Marais. He claimed he also started messaging Daniel Seavey, upon watching him on American Idol.[2]

In 2018, the band had to postpone a concert tour because Besson had to undergo emergency surgery for an infection in his throat.

He is half Dutch, and once stated that 90% of his family is from the Netherlands.[4] His grandmother is a piano teacher in the Netherlands. His favorite Dutch food is hagelslag.[5]

He began dating YouTuber Christina Harris in 2016. They met in person on April 24, 2016, at Universal for a YouTube convention, and attended prom together in May.[6][7] Their official anniversary as a couple was on May 22, 2016.[8] She also featured him in a few of her videos. In January 2021, after months of constant rumors, they both confirmed through an Instagram story through Harris that they had broken up, back in 2020 near the beginning of the COVID-19 lockdown.[9] Fans speculated that the band's song, "Slow Down," was based on their relationship, though this was not confirmed.

Besson is currently in a relationship with Instagram model and influencer, Lera Clark, the two public about their relationship in January 2021. 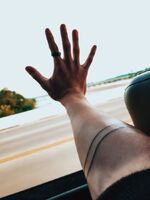 "Read between the lines"
Dallas, Texas[10] 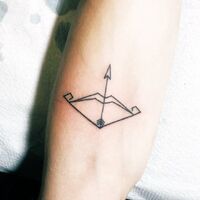 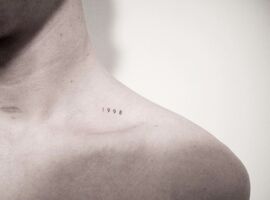 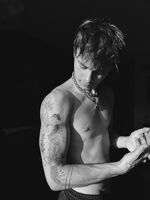