Why Don’t We Wiki
Register
Don't have an account?
Sign In
Advertisement
in: Pages with broken file links, People, Musicians,
and 3 more

Jack Robert Avery (born July 1, 1999) is an American singer-songwriter and a part of the five-piece band, Why Don't We. He started as a social media star, posting covers over YouTube.

When he was one years old, his parents split up, and he and Sydnie lived with their mother, who remarried to Darrin Stanford.[1] Jack attended Susquehanna Community High School. He grew up with his father playing piano, and he started to take piano lessons from first to sixth grade, then quit to start singing. Eventually he combined the both.[2] He and Sydnie would visit their father every summer in Seattle.[1]

In sixth grade Avery taught himself guitar by watching videos online. When he was fourteen, that summer he started to busk in Nashville and sang Jack Johnson's "Banana Pancakes". Within an hour he earned twenty dollars and even had a person come up and ask for a photo. He started to invest his time into music, quitting the basketball team and started posting music covers over YouTube. He even skipped taking his SATs with his mother's permission.[1]

Avery dropped an original song "Liar" which he wrote after a breakup and performed it at Bluebird. He met future band mates Jonah Marais at a show in Los Angeles and Daniel Seavey at a "project" they did together in New York. He was booked on social media tours, including Brave Fest and Impact, which was where he met Corbyn Besson. Zach Herron joined the two at the Indianapolis show during the Impact tour.[1] Eventually all five formed Why Don't We officially in September 2016.

As a band, they released five EPs: Only the Beginning, released in 2016, Something Different, Why Don't We Just, Invitation, and A Why Don't We Christmas, released in 2017; two albums: 8 Letters, released in August 2018, and The Good Times and The Bad Ones, released in January 2021; and embarked on four headlining tours. The band released a single called "Fallin' (Adrenaline)" (September 20, 2020) after taking their nine-month break back in the beginning of 2020.

His musical inspiration is Frank Ocean, due to his versatility of his music.[2] His music genre is R&B and soul. He also grew up listening to Justin Bieber and Ed Sheeran.[1]

At the age of one, his family moved to Susquehanna, Pennsylvania. With a small population of 1600, he felt the need to get out of the small town. He got picked on a lot for "being different". In fifth grade, his older sister Sydnie got him into fashion and he wanted to wear skinny jeans. Because he couldn't find any, he wore ones for girls' and paired them with long shirts. He was called names but mostly ignored it. He had a difficult time during school, never able to sit still.[1]

He started publicly dating Gabriela "Gabbie" Gonzalez in early 2018, and together have a daughter named Lavender May Avery (born April 22, 2019). They broke up mid-2019, and both share custody of Lavender.

He has a whole solar system tattoo on his arm which means "no matter what planet you're from, everyone is equal". He has a rose tattoo for his little sister Isla, whose middle name is Rose. There is a Jack of Hearts presumably because of his name, a lion (possibly for a verse in the bible), his mother's birthday on his neck, numbers for the area code of his hometown in Pennsylvania, and "LET IT BE" which may be for one of his musical inspirations, The Beatles. There is a keyboard on his forearm, lightning, “Lord teach me what I cannot see" and a dice set (September 26, 2019). He Got a tattoo " The Good Times And The Bad Ones". Also the moon for his daughter Lavender. 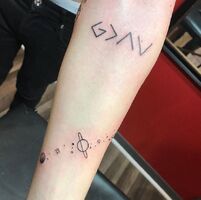 "no matter what planet you are from, everyone is the same." 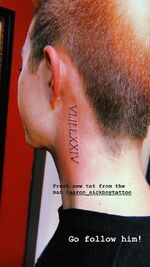 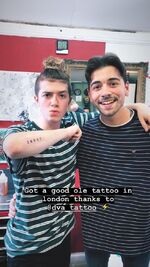 area code for his hometown 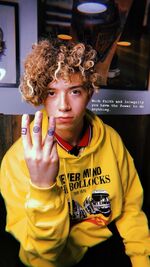 "With Faith and Integrity you have the Power to do anything." 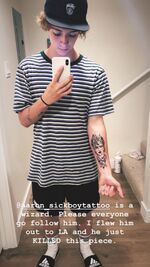 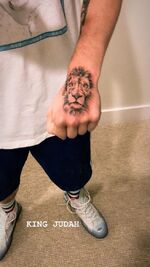 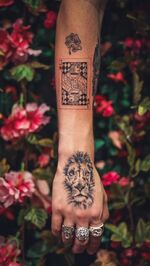 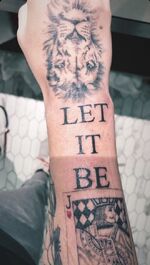 possibly for The Beatles, one of his influences