Why Don’t We Wiki
Register
Don't have an account?
Sign In
Advertisement
in: Zach Herron, Musicians, People,
and 3 more

Zachary Dean "Zach" Herron (born May 27, 2001) is an American singer-songwriter and 1/5 of the band Why Don't We. He is the youngest member. He went viral with a video of him singing Shawn Mendes' song "Stitches" in January 2016, the video generating over 10 million views within a week. He was also selected as one of the youngest members of Septien Entertainment Group’s Master Select Program for the up-and-coming young artist.

He has been singing since he was young, usually entertaining guests and also performing magic tricks. When he was nine years old, he sang Justin Bieber's "Baby" at his cousin's wedding.[2] He grew up singing in choir, but didn't really like it, preferring to be solo.[3]

In sixth grade for his school's talent show, he sang his rendition of Bruno Mars' "When I Was Your Man".[4] In eighth grade he was voted "Most Talented" and during this period taught himself how to play the guitar and made covers, posting them over his Instagram and YouTube. His parents understood his interests in music and sent him to Septien Entertainment Group, a school which helps artists develop. He learned how to write and release his own music. This gave him the opportunity to perform at various venues, including Six Flags. When he was in his freshman year, a girl asked him to sing and he chose "Stitches” by Shawn Mendes, which went viral, the video attaining fifteen million views in a week. This helped gain more of an audience.

In January 2016, he dropped his debut single, "Timelapse", and noticed similar musicians like him going on social media tours, which inspired him to join. He contacted the management of Impact, who invited him to try an event, and flew down with his father to Indianapolis for his first-ever live show. Due to a positive response, Herron got to be on the official Impact Spring Break Tour. Continuing with the meet and greet tours around the United States, he dropped his second single "Why" in June 2016. Later that year in September, he joined the five-piece group, Why Don't We.

His parents encouraged him to pursue his musical career, as Herron started to post singing videos over his Instagram account. He named some of his musical inspirations to be Jon Bellion, Justin Bieber, and The Beatles.[5]

He has three known tattoos: The first is on his arm from the Sickboy Tattoo Studio in Montrose, Pennsylvania on July 25, 2018. The second is a cross on his hand. The third is on the back of his arms with "Past" and "Future" written on June 7, 2019. 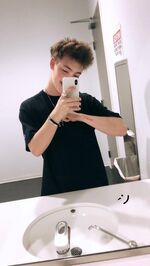 "through everything, god will always be with me" 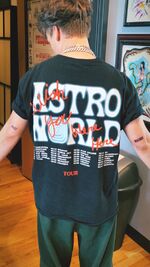 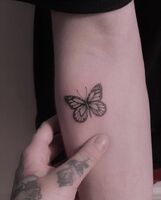